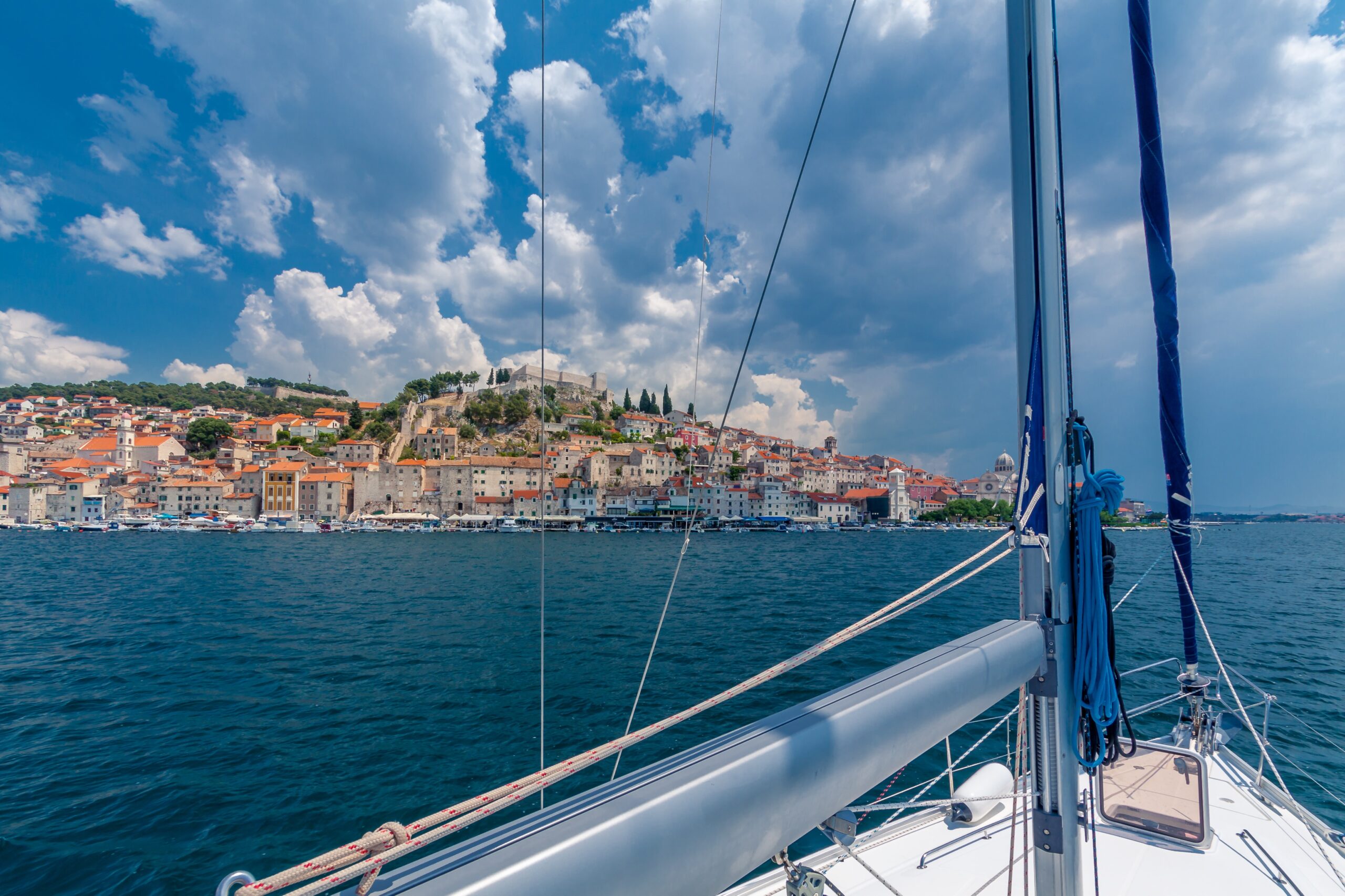 Mild temperatures, warm seas, fewer crowds and pristine nature make autumn one of the best sailing seasons in Croatia, along with late spring. And while most people choose Dubrovnik and the Split region, and certain islands within these, for sailing in Croatia, there are some lesser-known places both in Split region and further north that are currently not on most visitors’ radars.

The most remote Croatian island group is a zen spot of tranquillity far from civilisation. Consisting of 10 islands and islets in the middle of the Adriatic 68 nautical miles south of Split, it’s closer to the Italian than the Croatian coast.

The main island, Vela Palagruža is home to the oldest lighthouse in Croatia, built in 1875 and still tended by two lighthouse keepers. You can even stay here for a truly Robinson Crusoe style getaway.

People lived on Palagruža 9,000 years ago, and there is archaeological evidence that Greek hero Diomedes was buried on the island group. Diomedes was a hero of the Trojan war but accidentally wounded Aphrodite, goddess of love. He sailed into the Adriatic by accident, chased by her revenge and anger, and was recognised as a deity, with a shrine built in his honour.

You can almost feel the stories of the Greeks, Romans, Benedictines and Komiža fishermen who enjoyed this oasis of unspoilt nature. On Vela Palagruža, you can swim on Južno zlato beach, one of Croatia’s loveliest.

This breathtaking town in an indented cove became the first and most significant Greek colony in the Adriatic. Highlights are its Franciscan monastery, Priovo peninsula, a sublime promenade along the coast, and the harmonious stone houses anchored between the fierce blue of the sea and the green hillsides. Vis is famed for having the Adriatic’s biggest natural berth.

Right by the cities of Split and Trogir, this island is popular for its coves handily situated for beginning or ending charter trips, but it’s so much more than a convenient place to stay overnight – think Illyrian legends, ancient fish ponds, medieval poetry and a rich nautical tradition. It’s also a growing centre of wine-making and a great place to taste Mediterranean culinary specialities. You can still feel the spirit of the past while relaxing in one of the island’s coves or exploring the small villages near the shore and further inland.

Charmingly named after the caper bush, this car-free island in the middle of the Šibenik archipelago is the perfect stop for those sailing between Split and Kornati. It’s a place of pure peace and quiet, laced with tiny paths trodden by locals to reach their farms more easily. There’s only a single settlement, along with a few coves that you will have to yourself outside high summer.

Despite being close to Zadar, Dugi Otok is one of Croatia’s best-kept secrets, especially its Sakarun cove – one of the most beautiful bays in the Adriatic, with a wonderful escape-from-it-all atmosphere for those who berth here by night. It’s famous for its myriad sea colours, finest white sand and refreshing underground springs.

In the Kvarner Gulf south of Rijeka, this island is home to Krivica – one of those coves that are often found on Croatian tourist posters, with a spectacular beauty that has been preserved by the fragrant pine branches that bend almost to the sea’s surface, and with no sounds but the lapping of the waves and the chirping of crickets.

As well as these off-the-beaten track destinations above, Croatia’s major sailing sites are in full evolution. At ACI Marina Dubrovnik, work is underway on a coastal wall that will provide 220m of a new waterfront area for the arrival and berthing of boats 45m longer than was previously possible. There will also be new plumbing, drainage and electrical systems and lighting, and a service zone – the largest one in the southern part of the Adriatic, which will significantly improve boating services.

Another of ACI Marinas’ main strategic focuses is the largest nautical project in Croatia, the ACI Marina Rijeka, which will be built in Porto Baroš port. Croatia’s most modern marina, it will carry a prestigious 5-anchor rating and have the possibility of mooring megayachts – in doing so putting Rijeka firmly on the map as a global nautical destination.

ACI Marinas also stands out for its sporting excellence. Its unique ACI Sail project brings together a crew of medallists – some of them Olympians – and a fleet of the world’s most luxurious sailing boats made by Finnish manufacturer Nautor’s Swan. It features the world’s only training centre for their top ClubSwan36 sailing boats, in Split.

From 4 October to 8 October 2022, Split will be the first city in Croatia to host a regatta within the One Design European Championship: The ClubSwan 36 European Championship – an integral part of the ClubSwan racing league organised by Nautor’s Swan. Croatia will be hosing the last regatta in the competition, rounding off the Swan Design One racing season and joining prestigious European locations such as Scarlino, Villasimius, Valencia, Palma de Mallorca and Porto Cervo.

Read more: 8 Lessons You Learn From Travelling The World